Start typing and press
Enter to search
Skip to content

I don’t have great reading or writing goals this year, except survive. I’m starting to feel that’s really all we need; given the current scheme of things.

Lack of positivity is a serious issue I’m grappling with and little has any regular passion helped; except reading. All through the pandemic, reading has helped keep my sinking ship of motivation afloat. While April was awful; I read only 2 books, May saw me up my game as I managed reading 5 books from my TBR.

In normal times, I would die of shame to think I somehow scraped some reading; because I am someone to whom reading comes naturally, but in present scenario, even a number as small as that feels like a massive feat.

The fact remains – all through 2020, and most of the quarantine period, I have had trouble concentrating on anything much, and unfortunately, reading has suffered most. It’s been sad and silent, for most bit. Man, have I been struggling!

That’s why ticking off 5 books from my TBR in May made me feel a lot better. Some of these books I had already read before, some were fresh reads, and one book I read online. Without further ado, I shall take you through the titles I read this month.

The Room on the Roof

The Room on the Roof is Ruskin Bond’s masterpiece of adolescence and coming of age. Written when the author was seventeen, it brilliantly describes the hopes and passions that capture young minds and hearts. A moving tale of love and friendship, it has endured as Bond’s most beloved novel.

The Adventures of Pinocchio

An old carpenter carves a little wooden puppet from a mysterious piece of wood that seems to have the ability to talk! He begins to love the little creature like his own son and names him Pinocchio. But the mischievous fellow runs away from his loving father as soon as he learns to walk. The Adventures of Pinocchio by Carlo Collodi follows the misadventures and naughty exploits of this delightfully “human” puppet who in his heart of hearts longs only to become a real boy.

Misery Chastain was dead. Paul Sheldon had just killed her – with relief, with joy. Misery had made him rich; she was the heroine of a string of bestsellers. And now he wanted to get on to some real writing. That’s when the car accident happened, and he woke up in pain in a strange bed. But it wasn’t the hospital. Annie Wilkes had pulled him from the wreck, brought him to her remote mountain home, splinted and set his mangled legs.

Nearly a decade has passed since Rahul Satyabhagi, heir to the mega Satyabhagi business empire, had raped Avni Rambha, bested her in court, and gone on to become a men’s rights activist, and the who’s-who of Badrid Bay had breathed a sigh of relief that the sordid mess was over. But now a sting operation proves what many, the three friends included, had suspected all along – he’d been lying. Furious that he has been exposed, Rahul plans to sue the media as well as his long-suffering victim. Now, Rhea, Hitaishi and Amruta find themselves at a crossroad – can they carry on doing nothing? Who is the hunter, and who is the hunted? Can a story of hard questions and difficult choices have an easy resolution?

A collection of the best of Sherlock Holmes series by Sir Arthur Conan Doyle. The Masterpieces of World Fiction series brings together the best-loved short stories by the great masters of the genre—from Chekov and Maupassant, Kipling and Wilde, to O. Henry and Saki and Tolstoy and Conrad. Thoughtfully compiled by the bestselling author Terry O’ Brien, this series is a great way for readers to revisit old favourites and for introducing literary masterpieces to newer, younger readers. 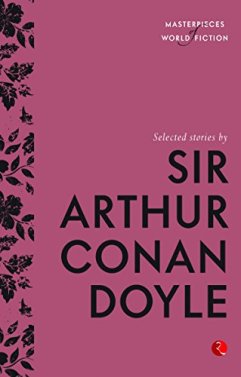 June is here, and so are the monsoons. Lockdown has been revoked in most places in the country and that does lift my damp spirits a bit. To bring my reading back to normal, I have decided to pick titles that have forever filled me with joy. The Book Thief is first which will soon be followed by Wuthering Heights. As always, I am really counting on these books to wake me from the depressing slump.

That’s all, dear reader. Do tell if you’ve read any of these books? What are you doing to stay motivated during the lockdown? Is reading helping?

What books did you read in May?

5 replies to May Reading Wrap Up