For the past few months, time has been crawling. But now summer’s gone and monsoon’s already at my doorstep. June was mighty slow. It was dry too, and horridly humid. Rains were expected to wash away some of the desperation but alas! With a windy appearance and rains in its satchel, July seems to have some better plans. I now hope for some better days, and a better mood, essentially.

Although, I tried my hands at baking; and that turned out good, I didn’t read much nor did I write, half as well as I’d like to. With the cool climate and lush greens around, I do seem to have a shift of temperament and a creative rush I haven’t experienced in a while. Which is why, I plan to give July a productive spin.

One of the most amazing things about the start of a new month is organising my TBR for that month. The excitement is always immense when I am foraging through my endless TBR to pick the best few for the month. June wasn’t too great for my reading. But with the TBR in place, July does look mighty inspiring and I wish it is speedy.

Without much ado, let’s take a look at my TBR for July.

The Song of Achilles

Achilles, “the best of all the Greeks,” son of the cruel sea goddess Thetis and the legendary king Peleus, is strong, swift, and beautiful irresistible to all who meet him. Patroclus is an awkward young prince, exiled from his homeland after an act of shocking violence. Brought together by chance, they forge an inseparable bond, despite risking the gods’ wrath.

They are trained by the centaur Chiron in the arts of war and medicine, but when word comes that Helen of Sparta has been kidnapped, all the heroes of Greece are called upon to lay siege to Troy in her name. Seduced by the promise of a glorious destiny, Achilles joins their cause, and torn between love and fear for his friend, Patroclus follows. Little do they know that the cruel Fates will test them both as never before and demand a terrible sacrifice.

In the house of Helios, god of the sun and mightiest of the Titans, a daughter is born. But Circe is a strange child—not powerful, like her father, nor viciously alluring like her mother. Turning to the world of mortals for companionship, she discovers that she does possess power—the power of witchcraft, which can transform rivals into monsters and menace the gods themselves.

Threatened, Zeus banishes her to a deserted island, where she hones her occult craft, tames wild beasts and crosses paths with many of the most famous figures in all of mythology, including the Minotaur, Daedalus and his doomed son Icarus, the murderous Medea, and, of course, wily Odysseus.

But there is danger, too, for a woman who stands alone, and Circe unwittingly draws the wrath of both men and gods, ultimately finding herself pitted against one of the most terrifying and vengeful of the Olympians. To protect what she loves most, Circe must summon all her strength and choose, once and for all, whether she belongs with the gods she is born from, or the mortals she has come to love.

The Writer’s Idea Thesaurus: An Interactive Guide for Developing Ideas for Novels and Short Stories

Need an idea for a short story or novel? Look no further than The Writer’s Idea Thesaurus. It’s far more than a collection of simple writing prompts. You’ll find a vast treasury of story ideas inside, organized by subject, theme, and situation categories, and listed alphabetically for easy reference.

Author and award-winning writing instructor Fred White shows you how to build out and customize these ideas to create unique plots that reflect your personal storytelling sensibilities, making The Writer’s Idea Thesaurus an invaluable tool for generating creative ideas and vanquishing writer’s block—for good.

If it Bleeds is a collection of four new novellas —Mr. Harrigan’s Phone, The Life of Chuck, Rat, and the title story If It Bleeds— each pulling readers into intriguing and frightening places. A collection of four uniquely wonderful long stories, including a stand-alone sequel to The Outsider.

The novella is a form King has returned to over and over again in the course of his amazing career, and many have been made into iconic films, If It Bleeds is a uniquely satisfying collection of longer short fiction by an incomparably gifted writer. 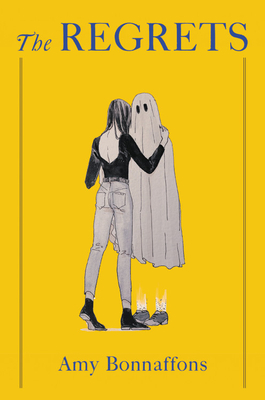 For weeks, Rachel has been noticing the same golden-haired young man sitting at her Brooklyn bus stop, staring off with a melancholy air. When, one day, she finally musters the courage to introduce herself, the chemistry between them is undeniable: Thomas is wise, witty, handsome, mysterious, clearly a kindred spirit. There’s just one tiny problem: He’s dead.

Stuck in a surreal limbo governed by bureaucracy, Thomas is unable to “cross over” to the afterlife until he completes a 90-day stint on earth, during which time he is forbidden to get involved with a member of the living — lest he incur “regrets.” When Thomas and Rachel break this rule, they unleash a cascade of bizarre, troubling consequences.

Set in the hallucinatory borderland between life and death, The Regrets is a gloriously strange and breathtakingly sexy exploration of love, the cataclysmic power of fantasies, and the painful, exhilarating work of waking up to reality, told with uncommon grace and humor by a visionary artist at the height of her imaginative power.

That’s all the books I plan to read. And with these interesting titles, July looks a lot exciting to me.

Have you read any of these titles or plan to read them? Do share your thoughts in the comments below.

What’s on your TBR for July?

An award-winning book blogger, a copywriter by profession, and a story-teller at heart, Asha is a born reveur. A rebel seeking refuge in the confines of worlds created by words. She reads, writes, reviews, and when not doing these, loves to loiter in dusty old bookshops. Literary Influencers: Charles Bukowski, Jhumpa Lahiri, Daphne du Maurier.

11 replies to My TBR Pile for July